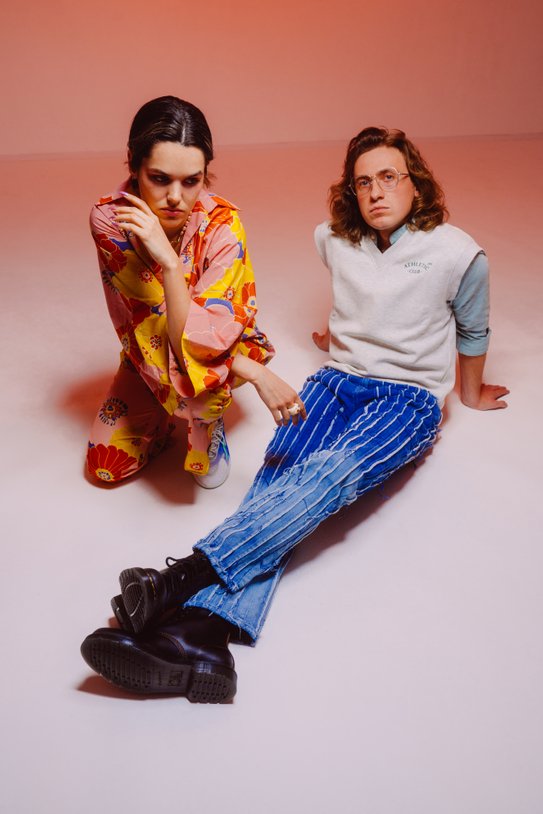 "The music of Atzur is as graceful as a mythical dialog between the sun and the moon, often focusing on the biggest and most boundless of emotions. At the same time, this is a sound that gets so up close and personal that a listener can become one with it."  //REEPERBAHN FESTIVAL

"(...) like the soundtrack of a lucid dream, an introspective immersion in one’s own soul and a wake-up call from the lethargy of complacency."

Evolving colourful drama in the world of Alternative Indie Pop

Founded in Spring 2019, the band signed a record deal with the austrian label Seayou Records and released their first single “Running”. The single quickly entered the charts of Austria’s Radio FM4 and Germany’s EGOfm and stayed there for several weeks. With their debut EP “Flesh, Blood, Bones” they presented themselves for the first time in 2019 at the Waves Vienna and Reeperbahn Festival. The pandemic was clearly a challenge for the young duo, but still they played at festivals like Poolbar, Future Echoes, Reeperbahn (for the second time again in 2021) and the online versions of Live at Heart and Liverpool Sound City. They have been internationally supported by their #INEStalent nomination.